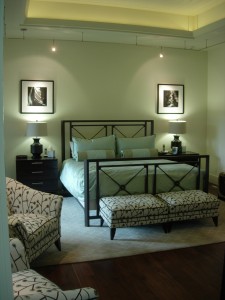 Last year my husband and I decided to remodel our house in Telluride, a house originally built in the mid 1990’s. We fell in love with the house in 2002 for the view, the stream, and the land. All of the reasons to buy the house were intrinsic to the location, but the house itself proved a bit challenging to get right.

Jerry Ross was recommended to us by mutual friends and we could not have been more pleased with the relationship that has developed with Jerry and his wife, Carrie. Jerry is a technically and artistically balanced architect which is so very important on a project such as ours. We encountered several structural issues as we delved into the bones of the house and Jerry was able to suggest solutions to those problems that resulted in an economical and permanent fix.

Jerry’s creative assistance was extremely valuable. He brought ideas to us that would modernize the house which was our goal and collaborated with us and the contractor to bring the exact effect that we were looking to achieve. When we had to back away from a major remodel element in th kitchen, there were no hurt feelings. Instead Jerry helped us scale back to something we all felt was appropriate for the space and by using a modern lighting system we now have a kitchen that is functional and beautiful in a difficult space.

The greatest challenge to the project was the remodel of the downstairs space which was truly a gigantic mess. The original owner never finished out the downstairs and the second owners didn’t help it much! We had two structural poles that could not be moved and had to design the entire floor around those elements. What Jerry designed, again collaborating with us and the contractor, is so well done that you would never know what a challenge it was to build. We have everything we need to make every space usable.

Jerry was a delight to work with on our project. The most important skill an architect must have is the ability to find the balance between the client’s desires, the client’s financial resources, and the esthetics of one of the most beautiful areas in Colorado. Jerry Ross found that balance for us and we now have a house that will suit our family for years to come and is so comfortable that we feel we built it from the ground up.